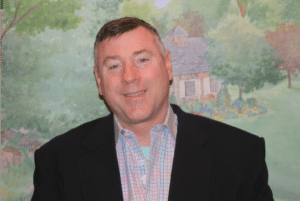 Kevin Taylor Biography: Kevin formed Taylor Made Custom Contracting in 1990 after being a part of the Maryland contracting scene for several years. In high school, Kevin worked for local builders and kept his passion for the industry in mind as he pursued and earned a B.S. in Business Administration.

Upon graduation, Kevin recognized the growing demand for high quality contracting and decided to found his own business. In a few short and exciting years, Kevin gained experience at an exponential rate, at first focusing primarily on painting, and later offering a full range of services. In 1993, Taylor Made Custom Contracting became incorporated, and in 1995, started performing home modifications in addition to offering accessibility services. In five years, Kevin had not only developed strong business practices but was able to fulfill his passion for helping others on a daily basis.

Taylor Made has become part of a select niche of Maryland remodelers offering a design-build approach to construction, further defining and strengthening the business. In half a decade, Taylor Made Custom Contracting had earned a reputation in the community for creative, functional design.

Suzanne Taylor joined Taylor Made Custom Contracting in 1996. With a degree in Communications and years of outside sales experience, Suzanne brought a female perspective to the business. To this day, her sensitive, personalized approach helps Taylor Made attract and retain clients.

Making sure that Taylor Made Custom Contracting continues to evolve is a top priority for Kevin and Suzanne so that their customers receive the best possible experience. Since 1996, the company has been a Veterans Specially Adapted Housing Approved Builder. In 2007, Suzanne earned the title “Certified Aging in Place Specialist.” This allows her to meet the qualifications required by AARP and the National Association of Home Builders to perform home solutions for aging and disabled clients. Even further, Taylor Made became an EPA lead-safe certified firm in 2011 in order to highlight their commitment to industry ethics and compliance. These certifications allow Suzanne and Kevin to expertly coordinate projects and ultimately provide competitive pricing for their customers.

Kevin and Suzanne’s hard work throughout the years has been recognized by both the industry and the community. In 2009, Taylor Made won four remodeling awards from the Home Builders Association of Maryland and the Best of Houzz award in 2017, 2018 and 2019. Additionally, in 2009, 2010, 2011, 2012, 2013, 2014, 2015, 2016, 2017 and 2018 Angie’s List awarded Taylor Made with the coveted “Super Service Award,” recognizing their exceptionally high number of positive online customer reports. Other accomplishments on Angie’s List include 30+ “Page of Happiness” nominations and 200+ A-rated customer reports.

Finally, Taylor Made employs some of the friendliest and experienced people in the industry knowing that is what makes a company special.